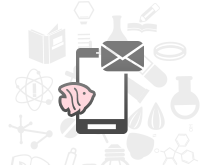 A vast array of organisms living on the Korean Peninsula is displayed in order by classifying them into five groups according to biological classification. You can find real specimens of all sorts of creatures ranging from those found around us to rare species. 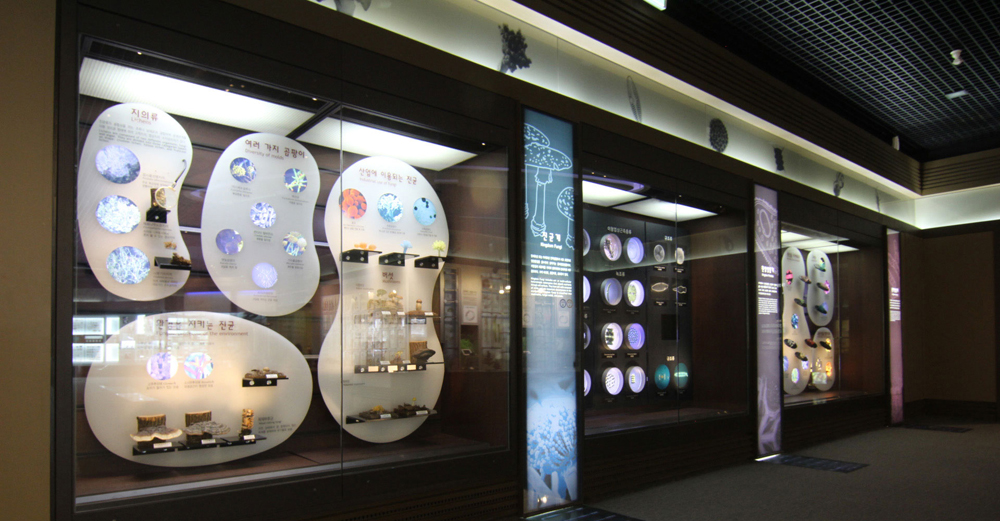 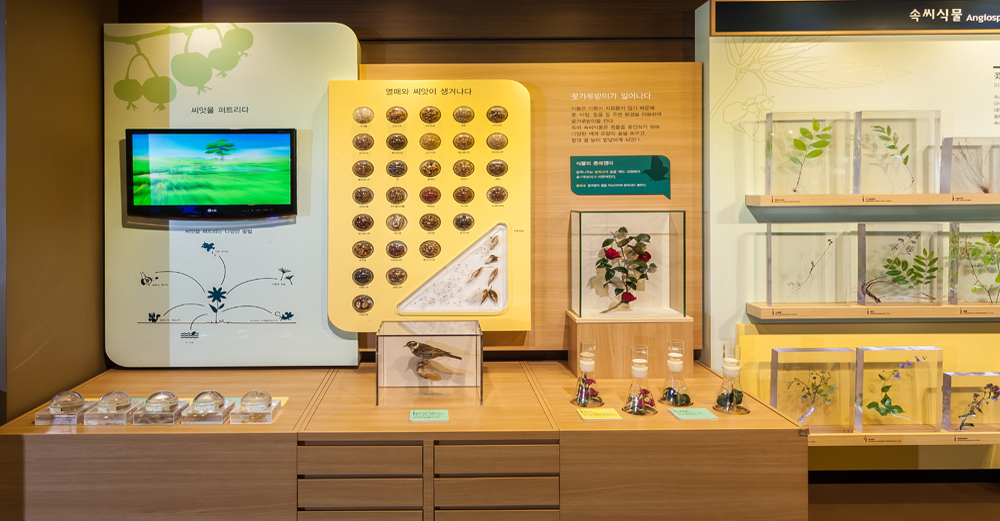 Organisms that generate nutrients with photosynthesis and reproduce by means of spores and seeds. These organisms are generally divided into vascular and nonvascular plants. Moss, bracken, herbs and trees belong to this category. 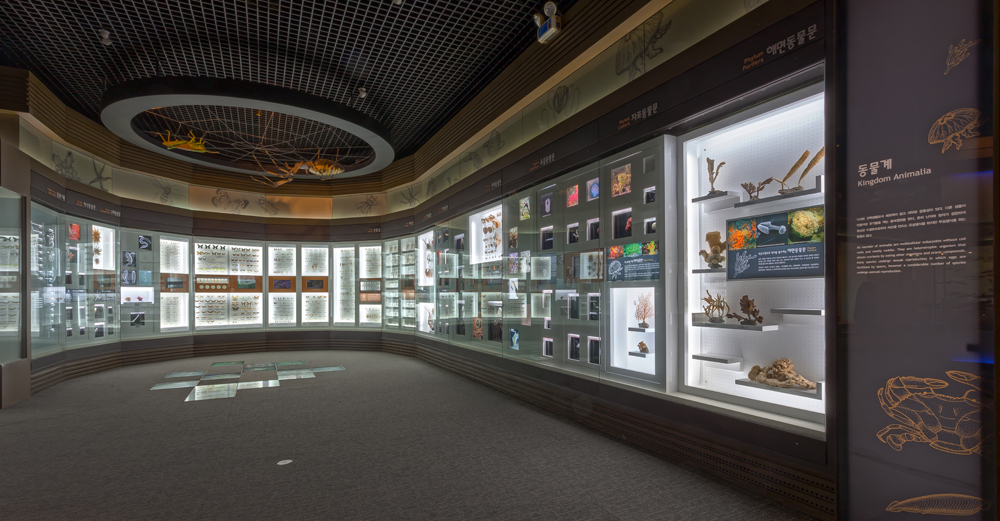 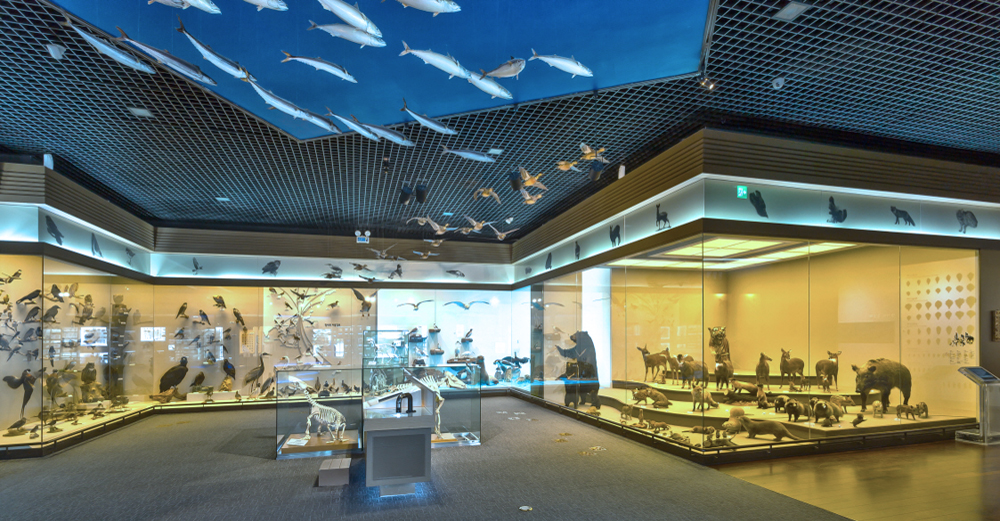 The animals that have a backbone including fish, amphibians, reptiles, birds, mammals, etc were displayed. 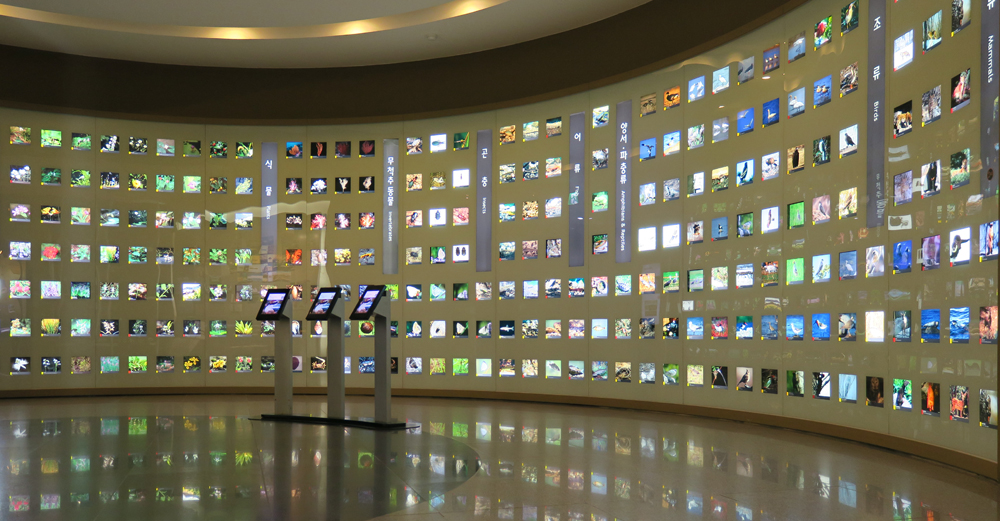 Wildlife threatened with extinction as the population has decreased substantially which are protected and managed under the Wildlife Protection and Management Act. In Korea, a total of 267 endangered species have been designated. and Refer to speceis found naturally only in Korea that represent the nation's precious biological resources.